The concept of orthodontics has been around for thousands of years. Some Egyptian mummies were founding with crude metal bands around their teeth. Writings by ancient Greek historical figures Hippocrates and Aristotle also contained references to teeth structure and anomalies.

As we know it today, modern orthodontics believes to have begun with the work done by Pierre Fauchard in the 18th century. Fauchard invented the bandeau, a horseshoe-shaped metal appliance designed to correct the alignment of teeth. Since then, devices used to correct crowded and misaligned teeth or jaws have evolved dramatically. Today, we have the privilege of orthodontic brace design options that are as close to perfect as possible.

While traditional metal orthodontic braces have been the most popular option available to patients over the last few decades, the search for more innovations in orthodontia never stopped. In recent years, the constant search yielded the Invisalign, an orthodontic device made of transparent plastic meant to be an alternative to traditional metal braces. Today, Invisalign for adults and kids are growing in popularity, but are they better than conventional metal braces, or is it the other way around?

Let’s compare traditional metal braces with Invisalign to see how both would fare in specific areas.

Invisalign aligners are removable, which many people find to be one of its more attractive features. Over a series of months, patients who opt for Invisalign will use a series of removable plastic trays to move their teeth into their intended position.

Traditional metal braces, on the other hand, cannot be removed by the person wearing them. They will stay in place for the entire duration, which could take as long as two years. Some people see it as a downside of wire-based dental appliances, but it’s one of the best things about them.

With traditional braces being unremovable, their job of continuously shifting misaligned teeth to their proper positions will never be interrupted, not even for a second. The fact that removal is not an option with braces ensures 100% patient compliance, which is crucial to getting the best results possible. The same cannot be said of Invisalign, which requires replacing periodically.

Many parents choose traditional metal braces for their kids precisely because they cannot remove them on a whim. They’re also a much more practical option for adults who are likely to take out any teeth straightening appliance from their mouth whenever they want.

Let’s face it: people tend to make fun of people with conspicuous metal wires and elastic bands tying them together inside their mouths. Some may be able to take all the ribbing in stride, but some simply cannot.

If you belong to the latter group and need to straighten your teeth without being at the receiving end of jokes, Invisalign aligners would be more suitable. After all, the plastic trays are transparent and are practically undetectable when you wear them. With Invisalign, you won’t have to smile with your mouth closed anymore!

An Invisalign tray exerts much of its pressure on the upper part of your tooth. On the other hand, traditional metal braces apply pressure on the entire tooth, including the root. That means braces push the teeth into the target position from top to bottom.

One of the more common complaints people have about traditional dental braces is that food particles often get caught in their wires and brackets whenever they eat. Carrots, apples, bagels, nuts, celery, and any other type of food that requires a lot of biting and chewing to eat are typical no-nos for those with braces.

With Invisalign, you can eat all of the food mentioned above, and more. All you have to do is remove them when you eat, then brush and floss afterward before putting your aligners back on.

Not all tooth alignment issues are the same. Some are simple, while others can be a bit more complicated.

A prime example of a complicated tooth alignment problem is severely-rotated teeth. Invisalign trays will have a hard time holding onto a rotated molar, especially if the rotation is at or over 20 degrees. With that kind of difficulty gripping it without slipping, Invisalign trays will not be able to move it.

There would be no such problems with traditional dental braces since they are firmly affixed to the tooth.

When it comes to comfort, Invisalign has a distinct advantage, if only for the fact that it’s made of clear and smooth plastic and not metal. The absence of brackets that can cause mouth sores and even cuts also has it going for Invisalign trays.

Since traditional braces cannot be removed, the teeth’ pressure is constant, which can be quite uncomfortable for the wearer if they still haven’t gotten used to it. Some even complain of headaches. Invisalign wearers, meanwhile, can relieve some of the pressure on their teeth by removing them from time to time, which, of course, is not recommended.

The traditional metal brace has been around long enough to evolve into the near-perfect dental appliance we use today. Over the centuries, it has helped countless people straighten their teeth. There is little to nothing left to question its effectiveness at its job.

Invisalign, meanwhile, only hit the market in 1998. While it has shown a lot of promise in several aspects, it does have several limitations.

Aside from severely-rotated teeth, Invisalign is also not considered the best option for teeth that are angled over 45 degrees from ordinary, crowded teeth, larger-than-usual tooth spacings, and severe deep overbites.

Then again, Invisalign, like traditional braces, is likely to evolve some more in the years to come. With new technologies, Invisalign’s idea of overcoming its limitations in the future won’t be far fetched.

Traditional metal braces generally cost less than Invisalign aligners. Depending on the complexity or severity of your orthodontic problems, the orthodontist’s office’s location, and the level of the orthodontist’s expertise, braces can cost you anywhere between $2,500 and $6,000.

As for Invisalign, the same factors mentioned above also matter, plus the number of Invisalign trays required throughout the recommended treatment period, which could last six months or up to 18. Invisalign treatment can set you back $3,500 to $8,000.

Which One Is Best For You?

When you’re deciding between traditional metal braces and Invisalign, take the pros and cons mentioned above into account, and more importantly, go with whatever your orthodontist recommends for your particular case.

Discuss your case with your orthodontist, make your specific needs, aesthetic concerns, and motivations very clear. It would help if you also were upfront about how committed you are because wearing dental appliances for an extended period requires a certain level of commitment.

As long as you follow your orthodontist’s orders to the letter, your teeth will end up better-aligned, regardless of the teeth-straightening technique you choose.

Dr. Megan Peterson Boyle is the lead cosmetic dentist with Dental Studio 101 in Scottsdale, Arizona. She is focused on providing anxiety-free cosmetic dentistry services including invisalign, dental implants, dental crowns and cosmetic fillings. She enjoys spending time outdoors with her friends and family. 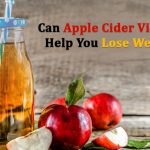 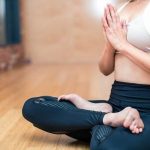 8 tips to consider for staying healthy while traveling